North Deptford has been undergoing change as a result of an emerging Local Development Framework. The 4.5 hectare site neighbours the Pepys Estate and previously hosted a number of low-rise light industrial uses.

Soundings involvement in The Wharves, Deptford began in 2008, when we facilitated community consultation and engagement for a mixed-use residential-led scheme for City and Provincial Properties, receiving planning consent in 2012.

The site was subsequently acquired by Lendlease who sought to update the design to respond to local changes in the intervening period. Soundings were appointed to lead the subsequent consultation throughout 2014 and 2015 with a key focus on raising awareness of the project and design development; gathering local knowledge about how the area is changing and understanding key issues with regard to the future of the site; being inclusive, accessible, transparent and engaging; offering a variety of different ways for people to get involved; and clearly communicating feedback from the community to the developer and design team

The strength of local partnerships led to a co-design process to help develop the brief and implementation strategy for the ‘Victoria Pub’, a key local asset to be retained on the site. Soundings also partnered with Lendlease and a local organisation to develop a community mapping process to develop a unified approach to local services and facilities.

Further consultation led to a planning approval in 2018. 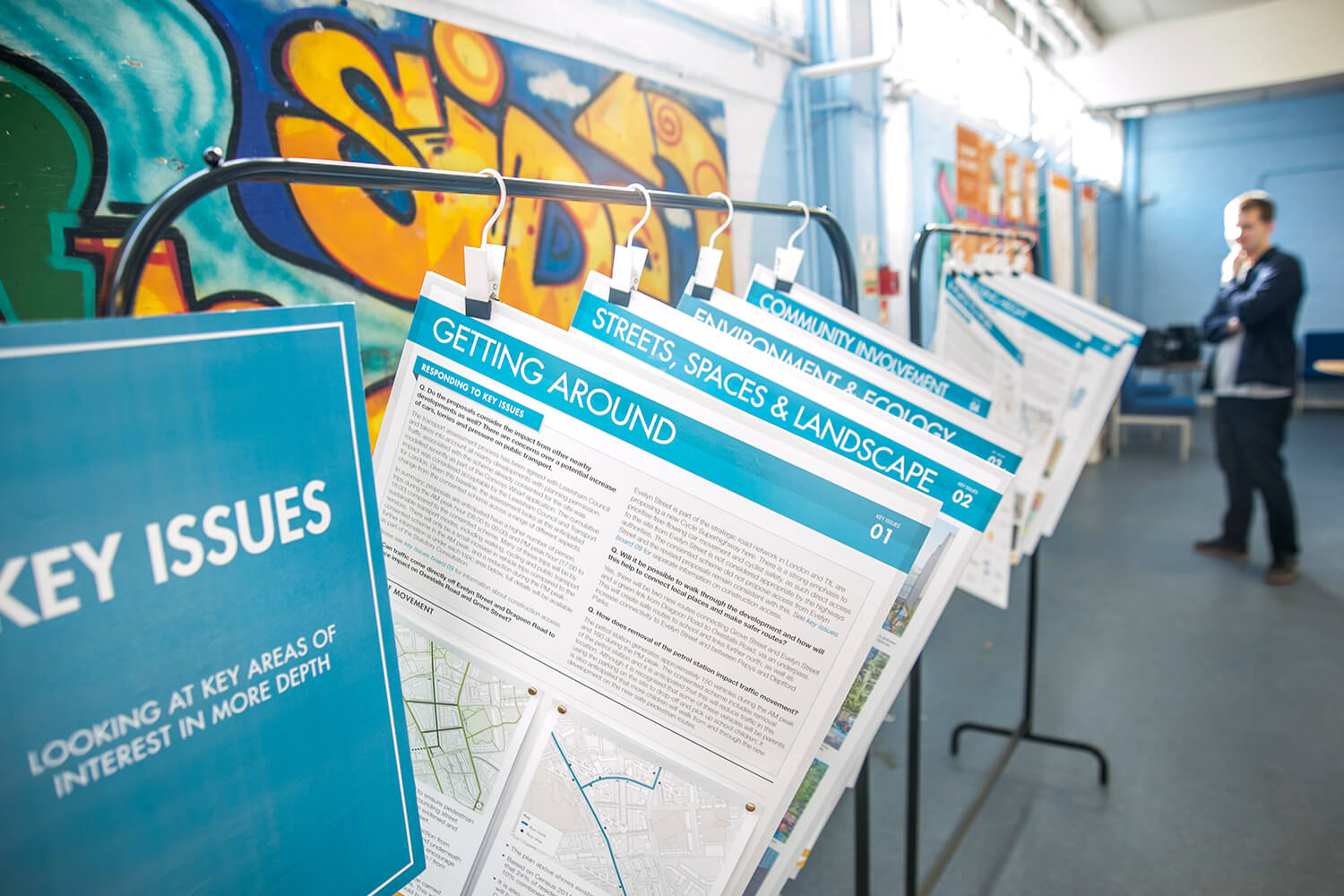 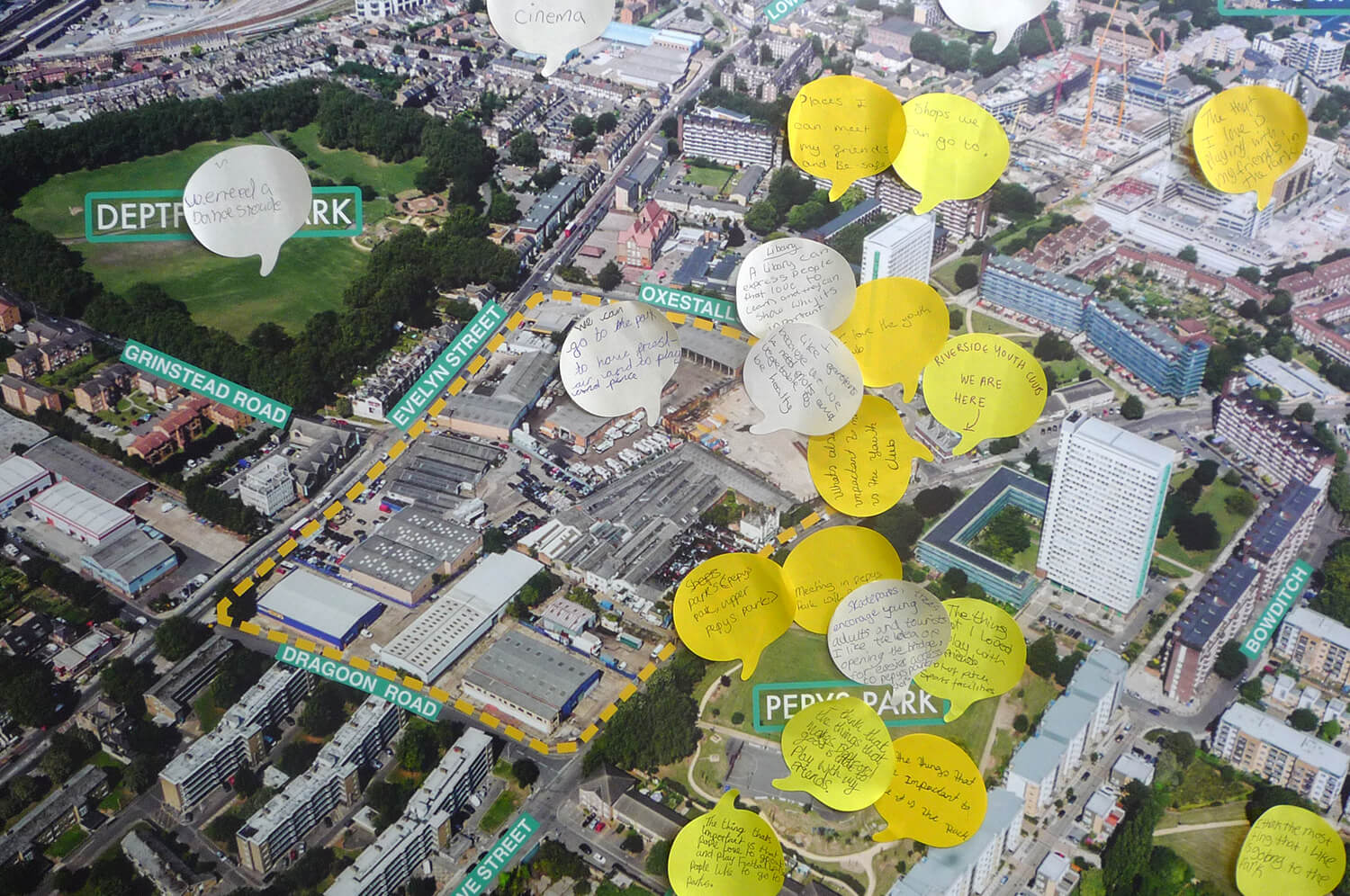 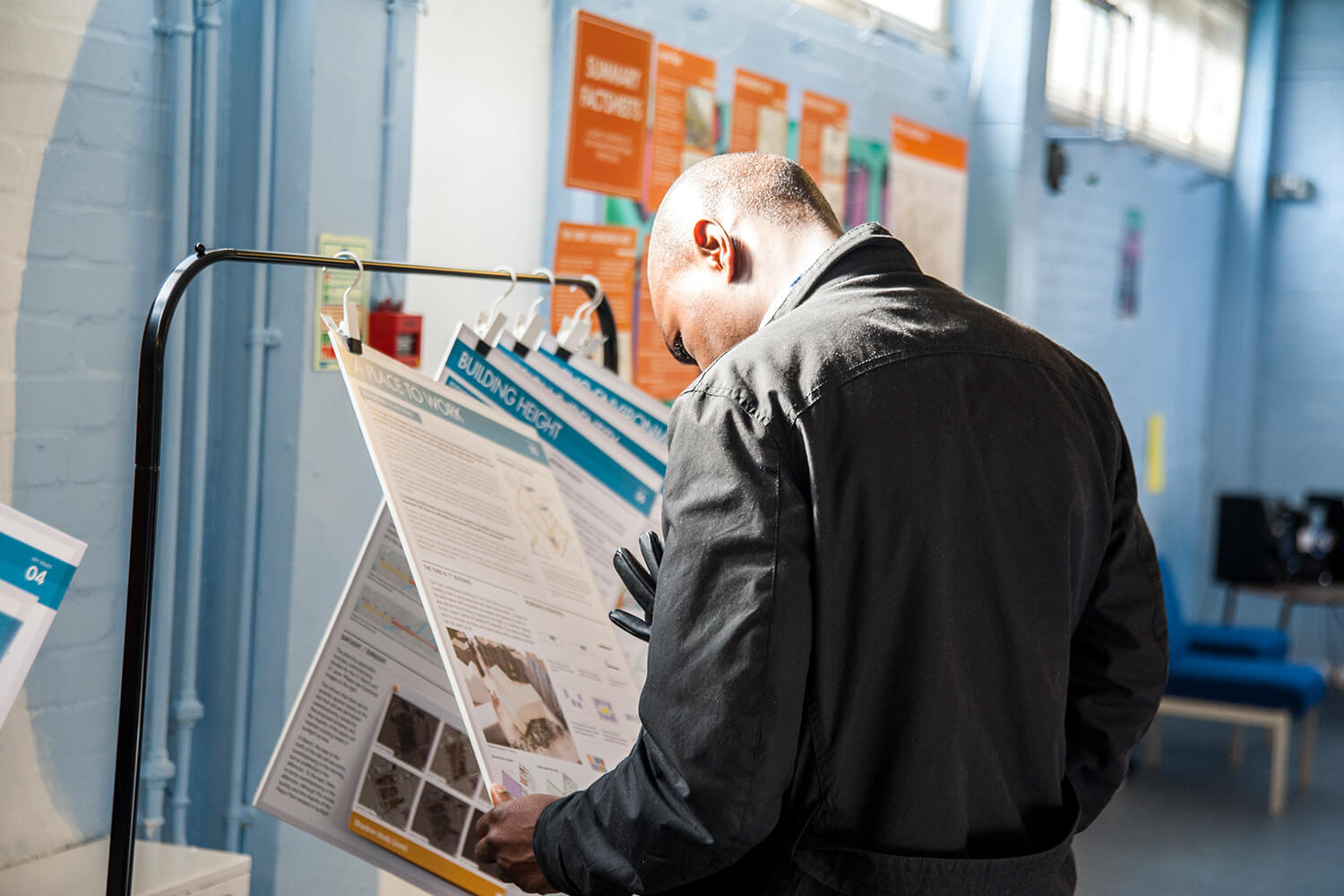 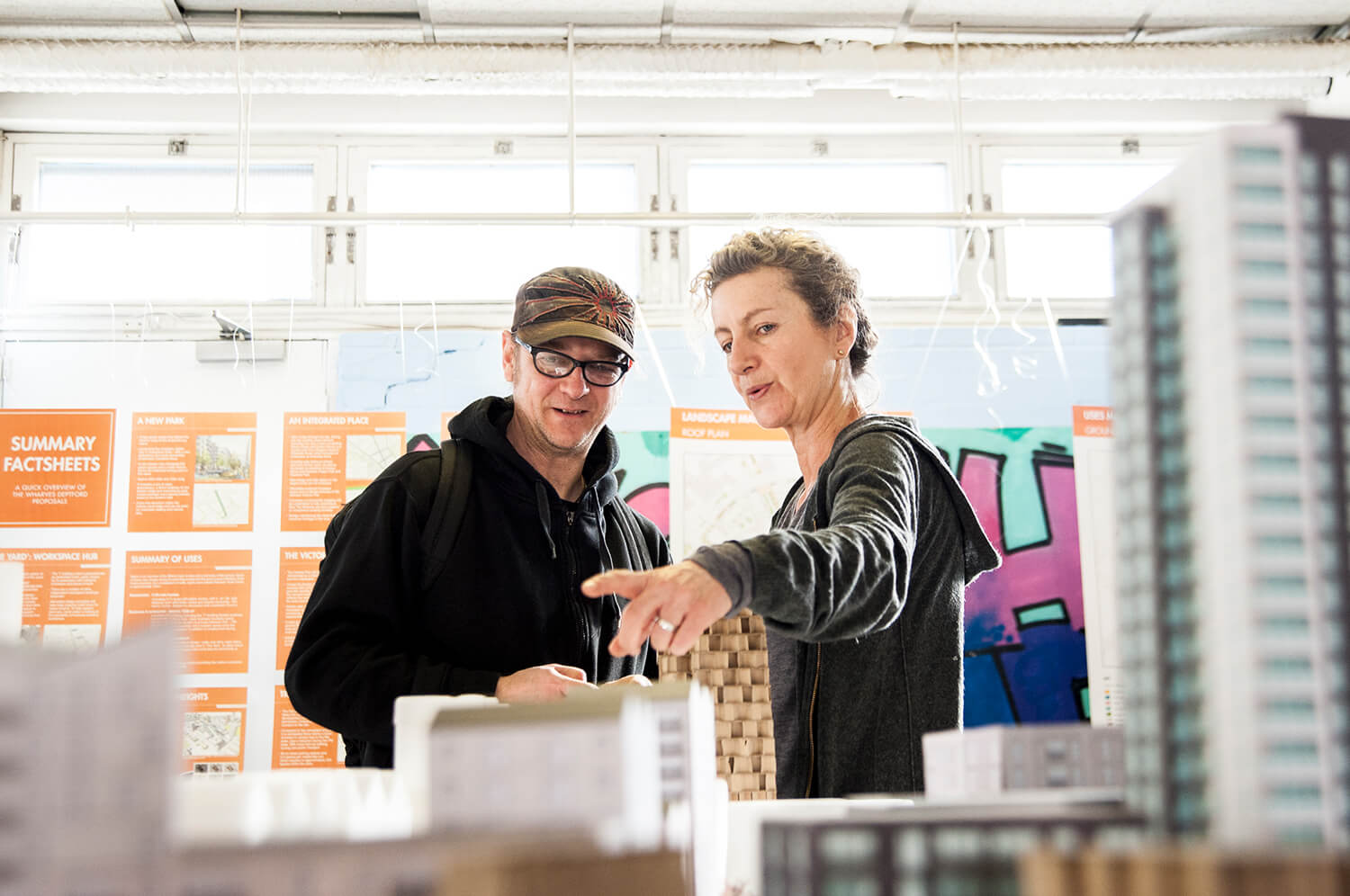 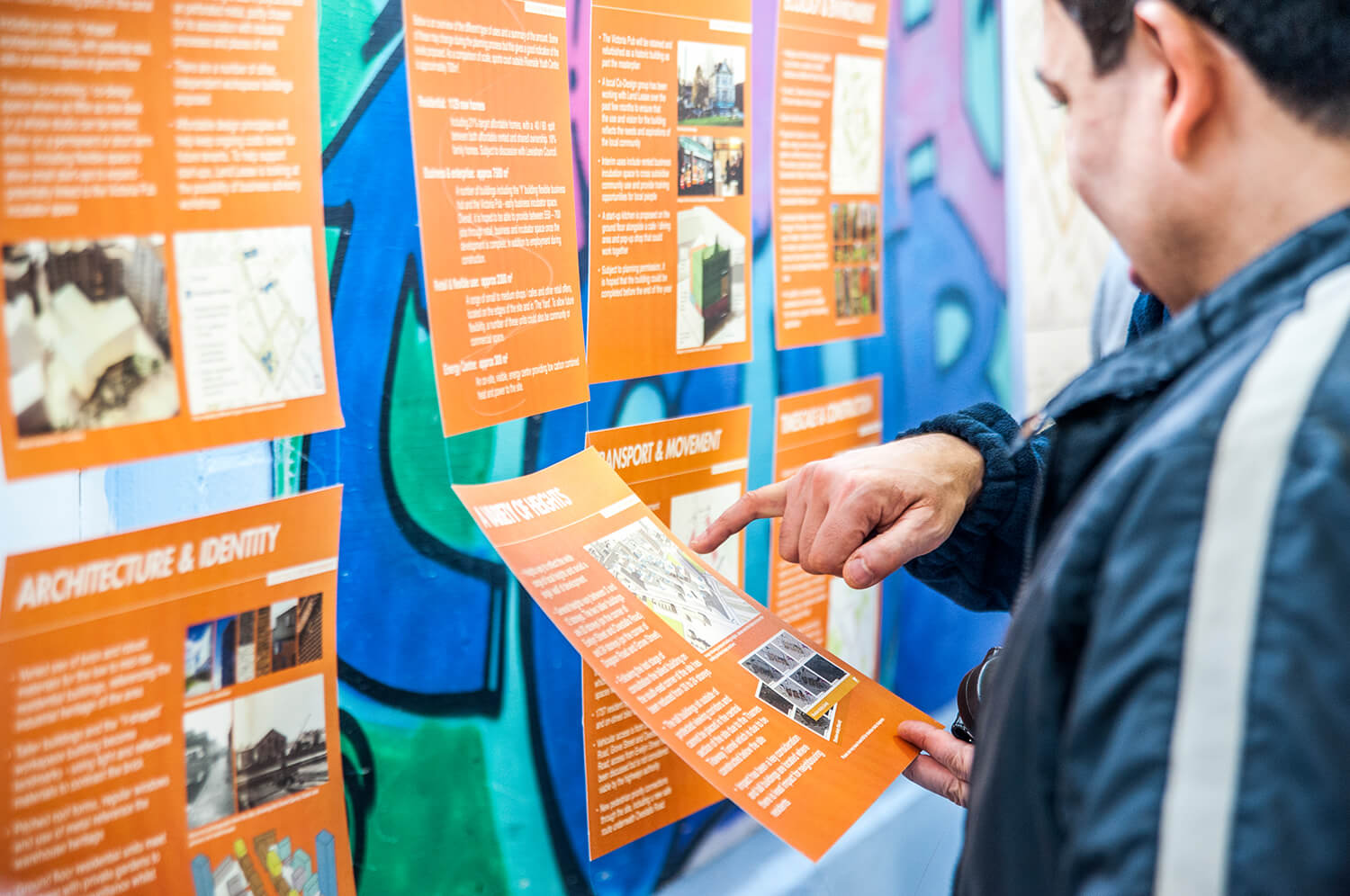